Design a site like this with WordPress.com
Get started
Skip to content
sp15 Okategoriserade 3 Jan, 20193 Jan, 2019 1 Minute

In the late 1970’s the Swedish army decided that it would delay the purchase of new tanks to focus on lighter vehicle concepts. This in turn meant that the Swedish Army’s existing stock of Centurions & Strv 103’s would need to be upgraded for the 1980’s-1990’s battlefield. This would eventually result in the updated Strv 103C & Strv 104 built in the early-mid 80’s, but there were many developments and experiments that didn’t make it that far, this is one such experiment.

In 1975 a Strv 102 ( up-gunned Swedish Centurion Mk.3 or 5) was fitted with a Rheinmetall 10,5 cm Smoothbore gun. The vehicle partook in live fire trials carried out between September & December 1975. During the tests a armor piercing fin stabilized discarding sabot round was fired against a variety of targets (pictured below) with different hardness and layout, the powder charge also varied between shots.
As we currently lack any followup report it is currently unknown what the Swedish army thought of this gun or if there were any further tests of guns of this type. 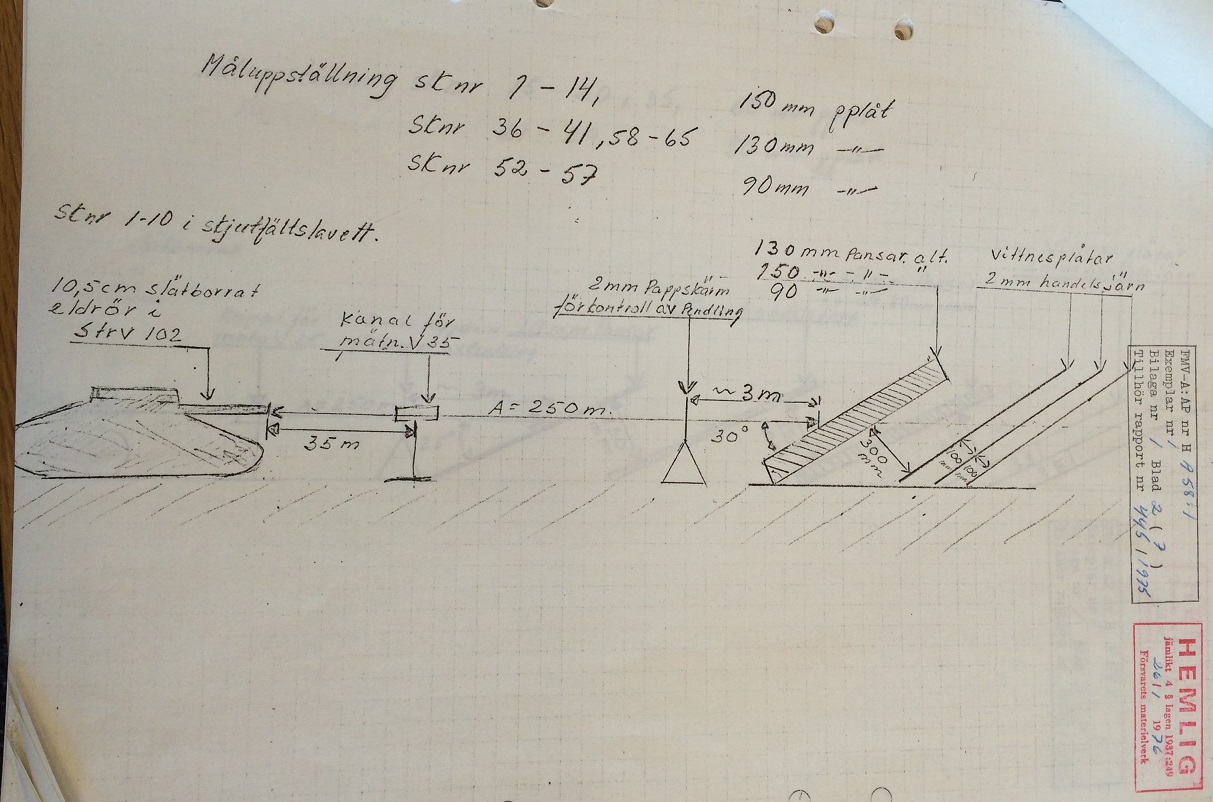 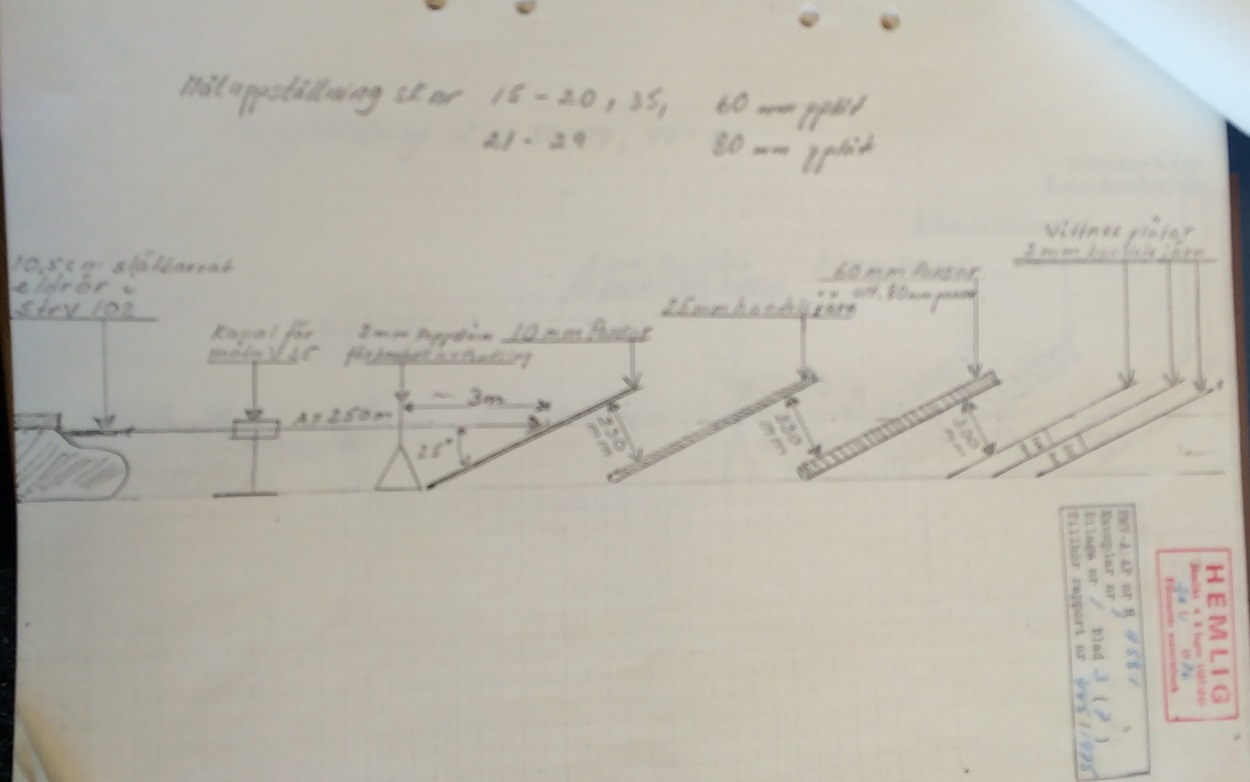 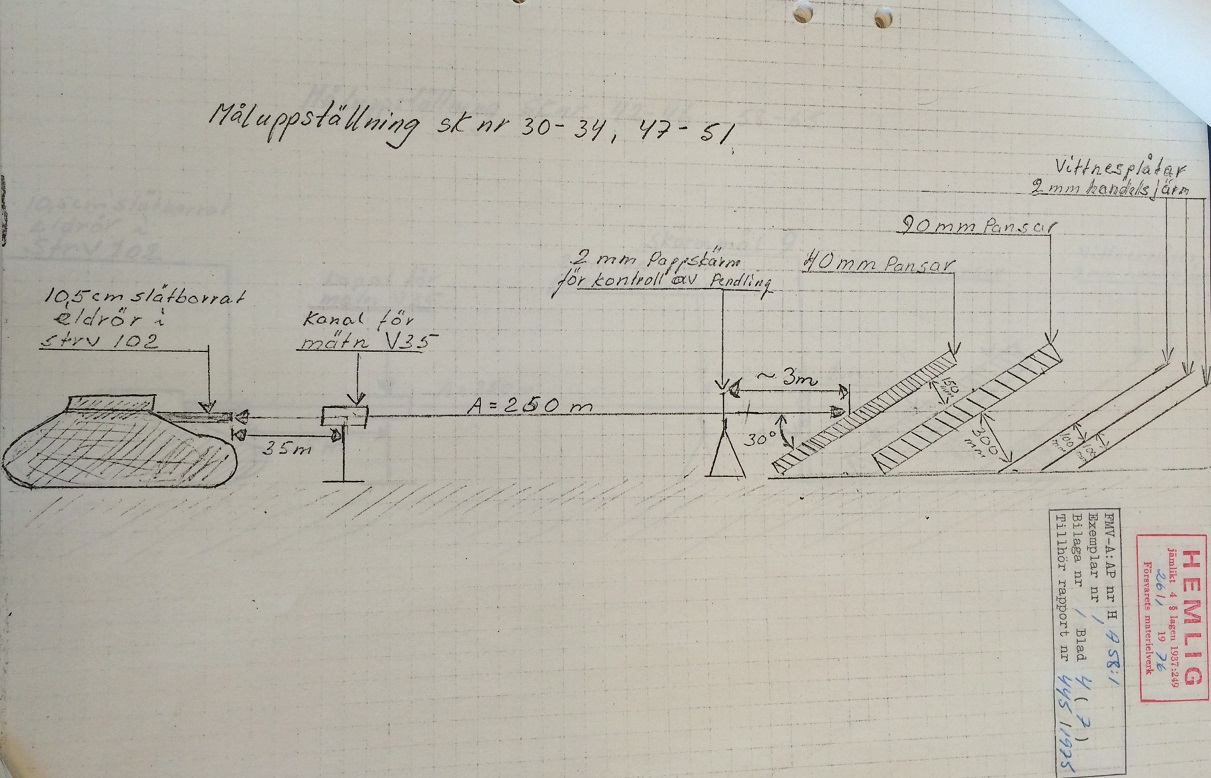 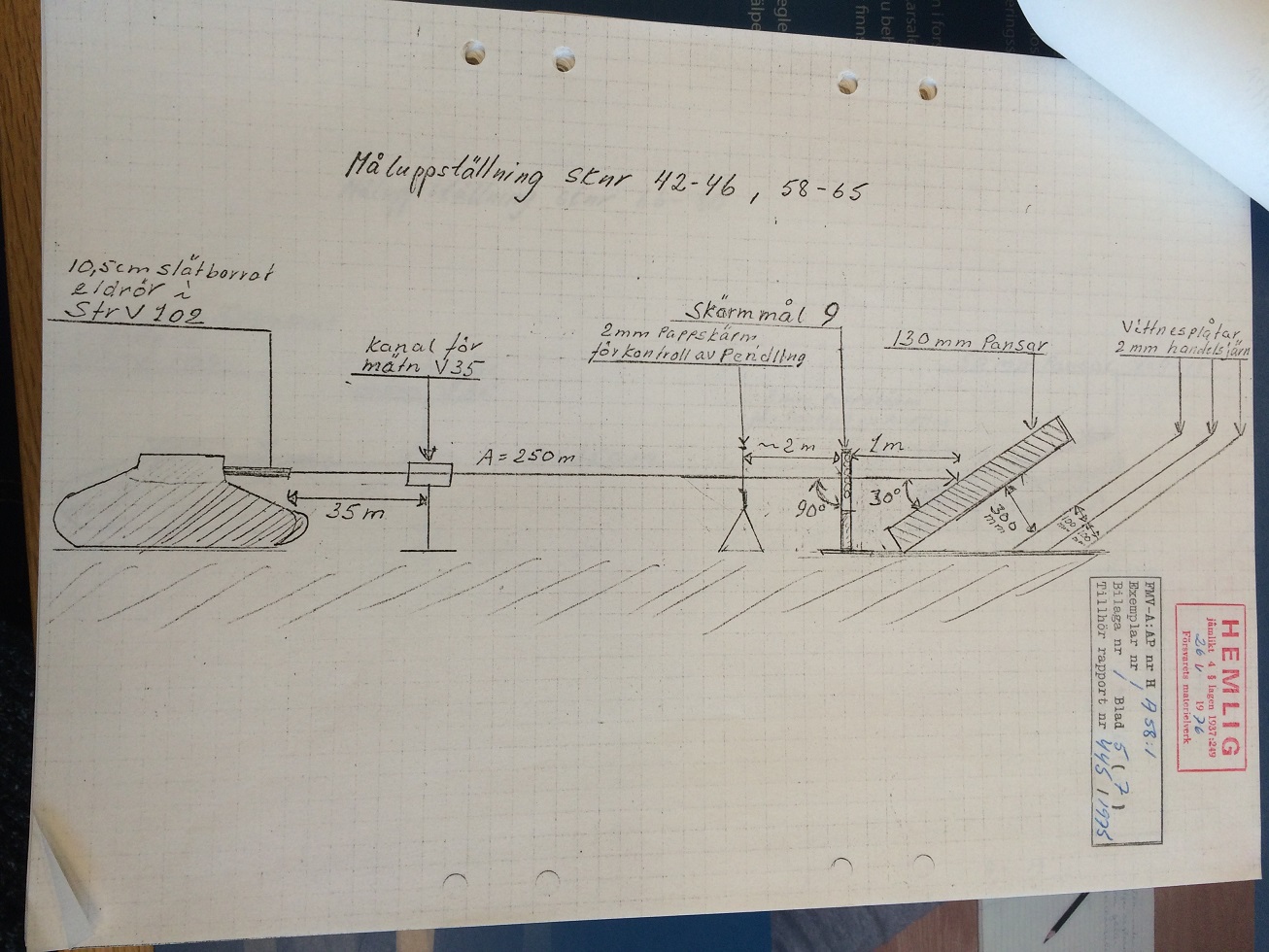 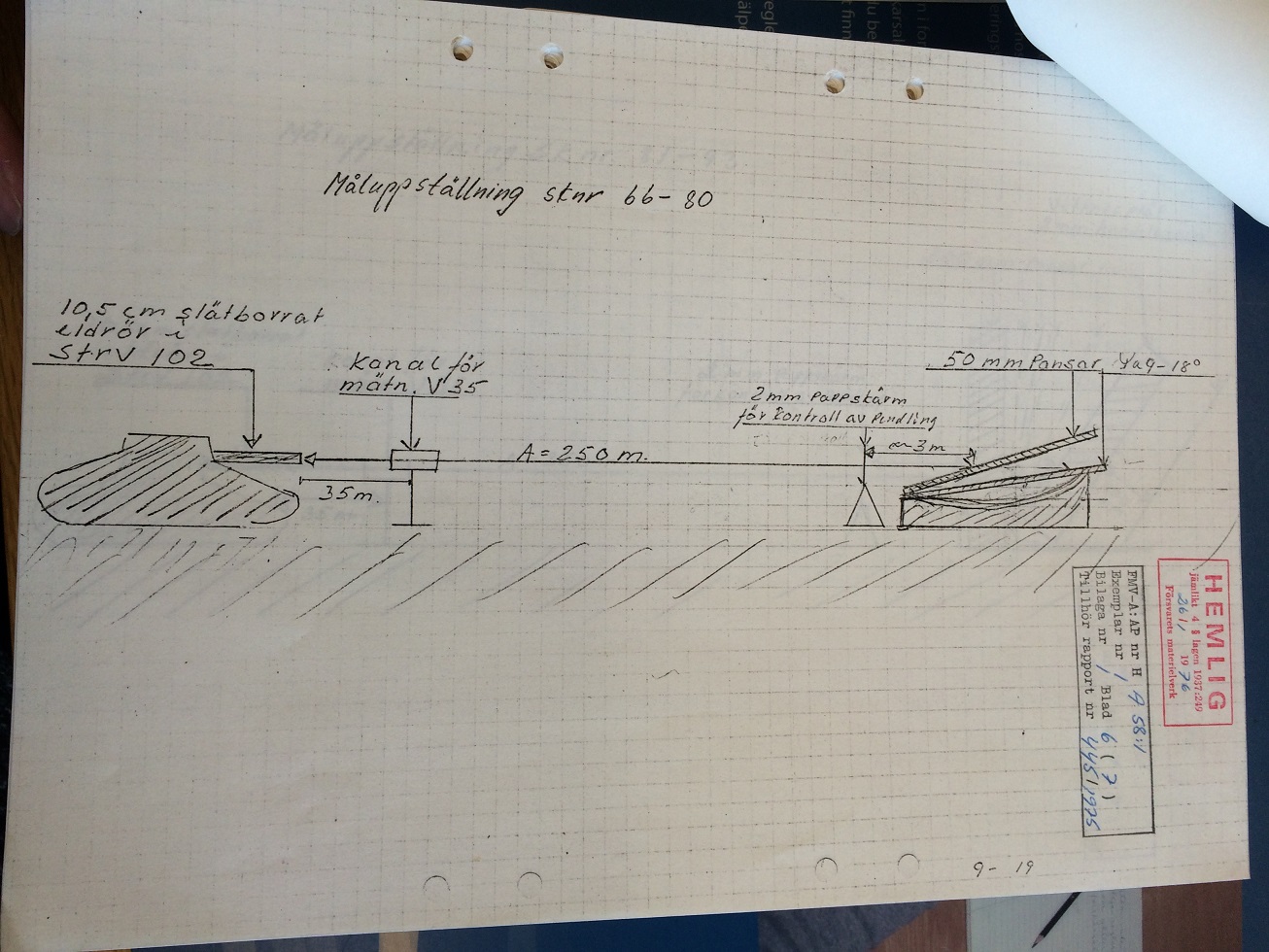 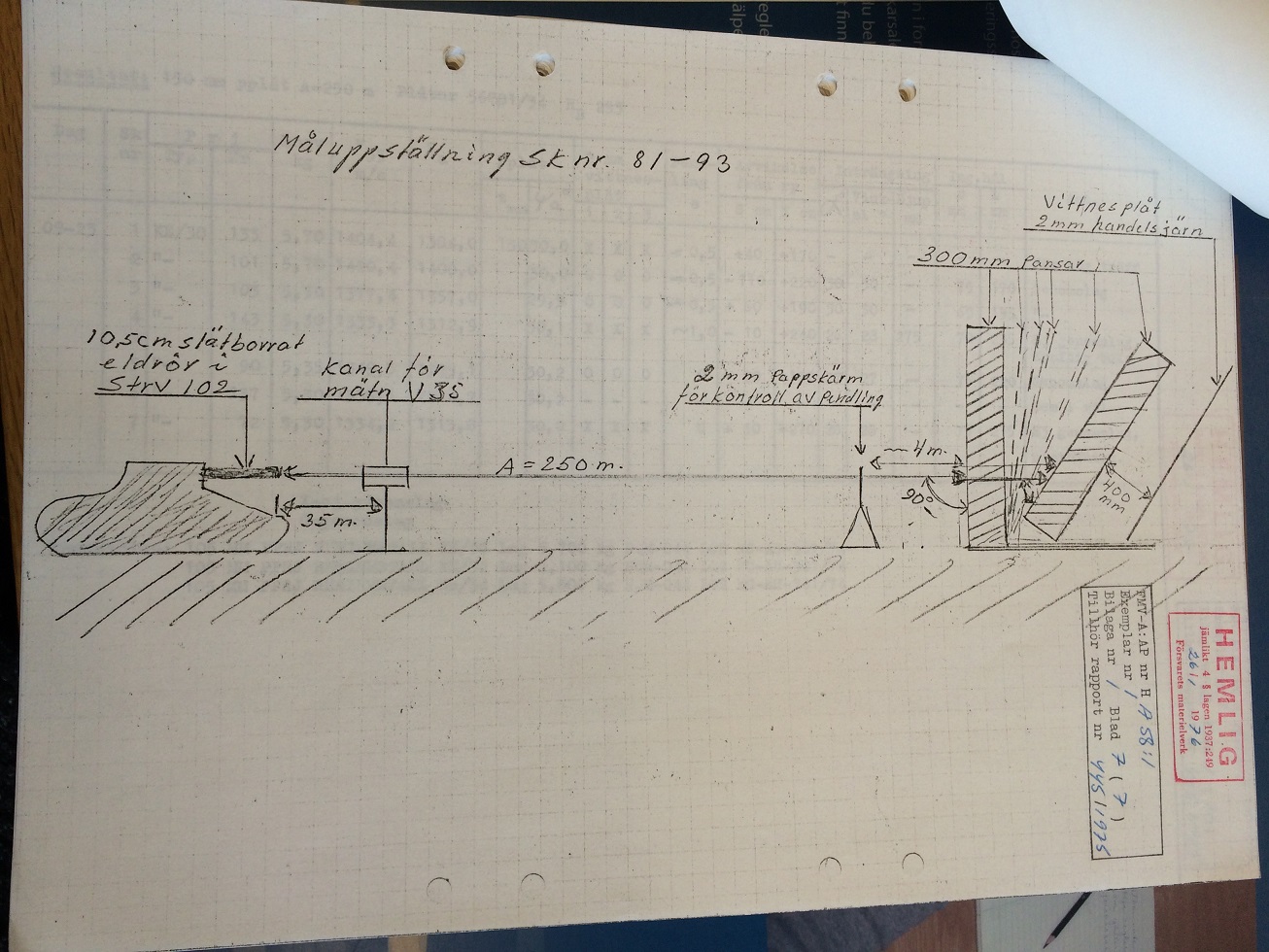 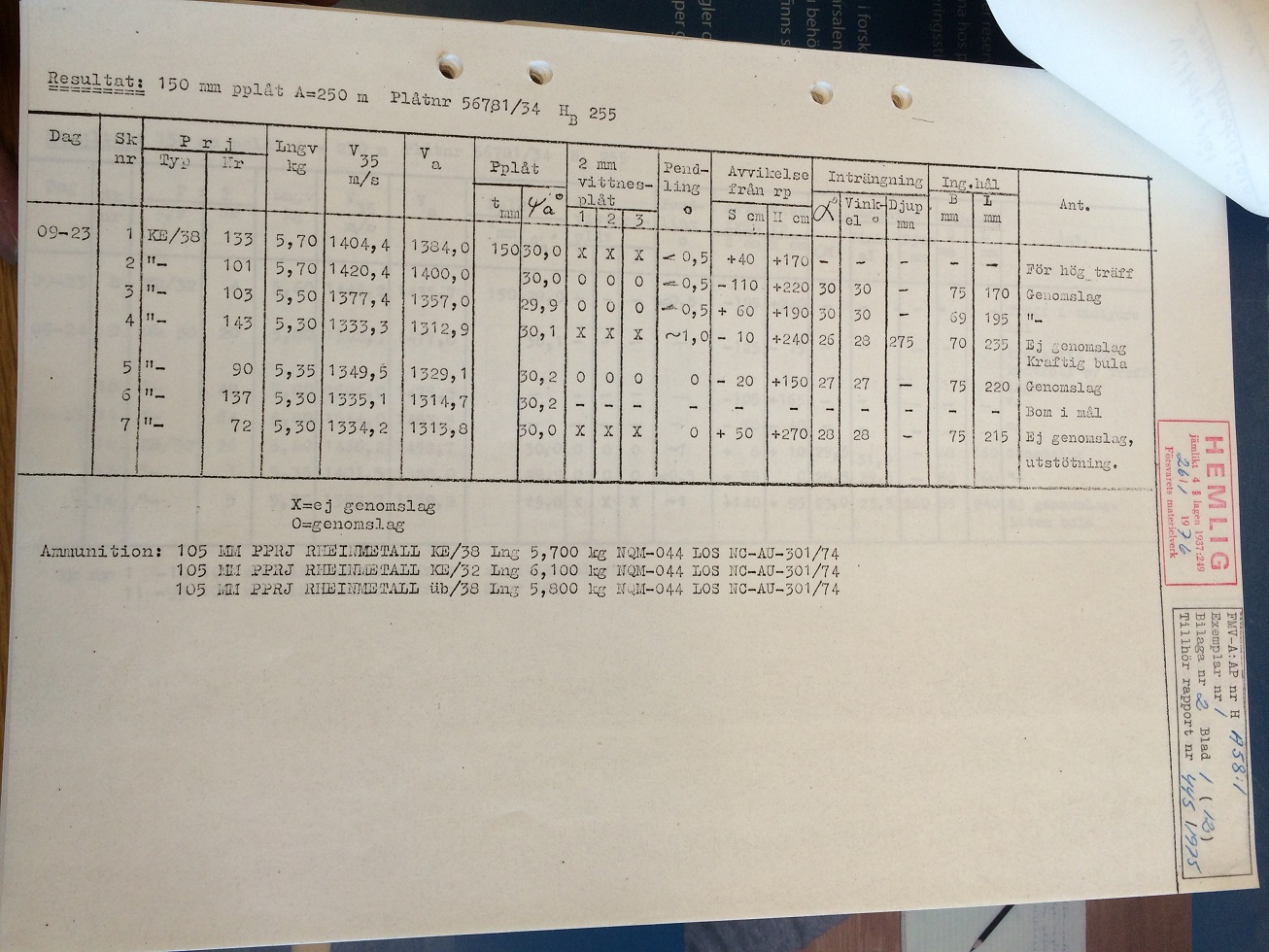 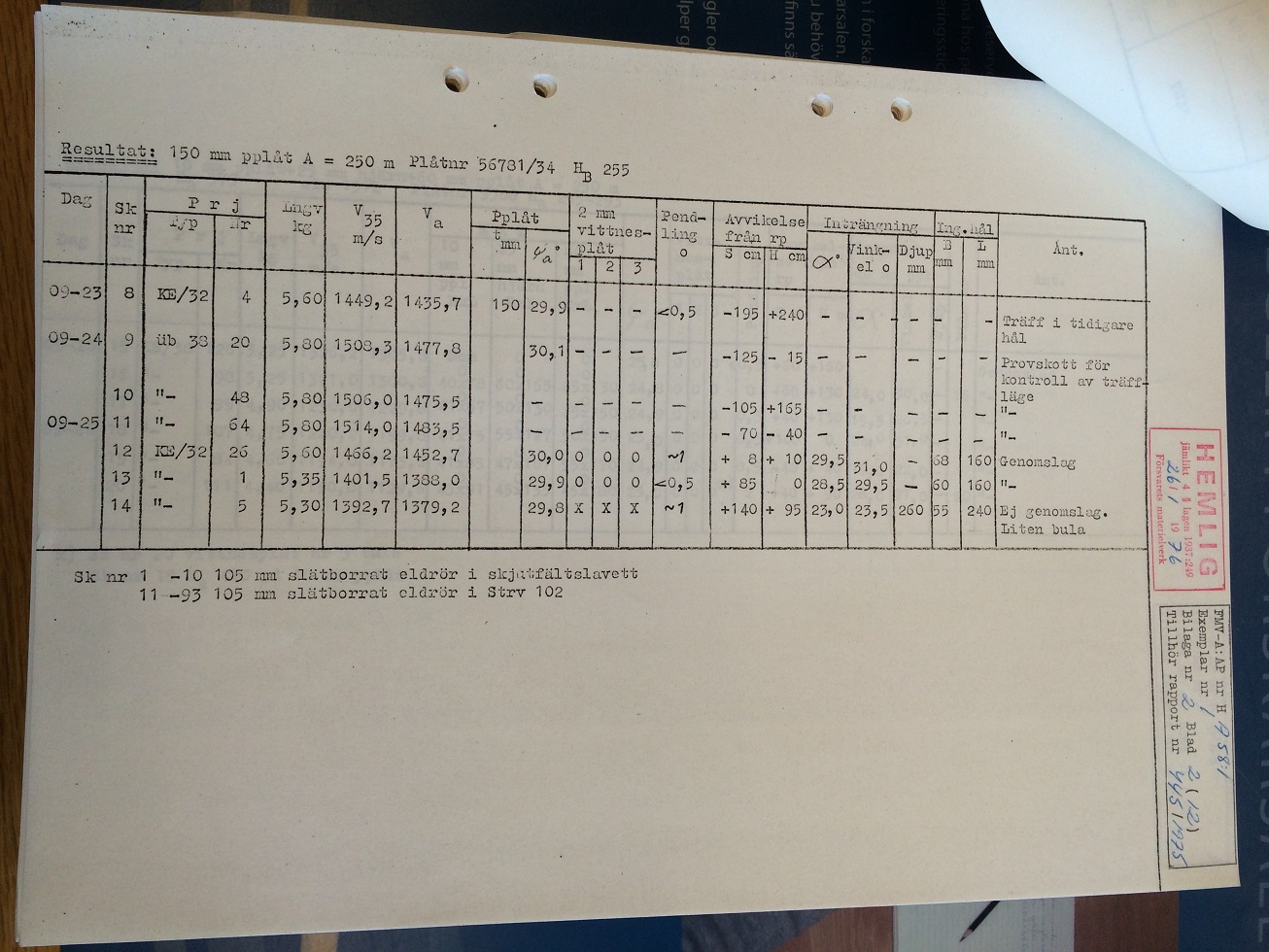 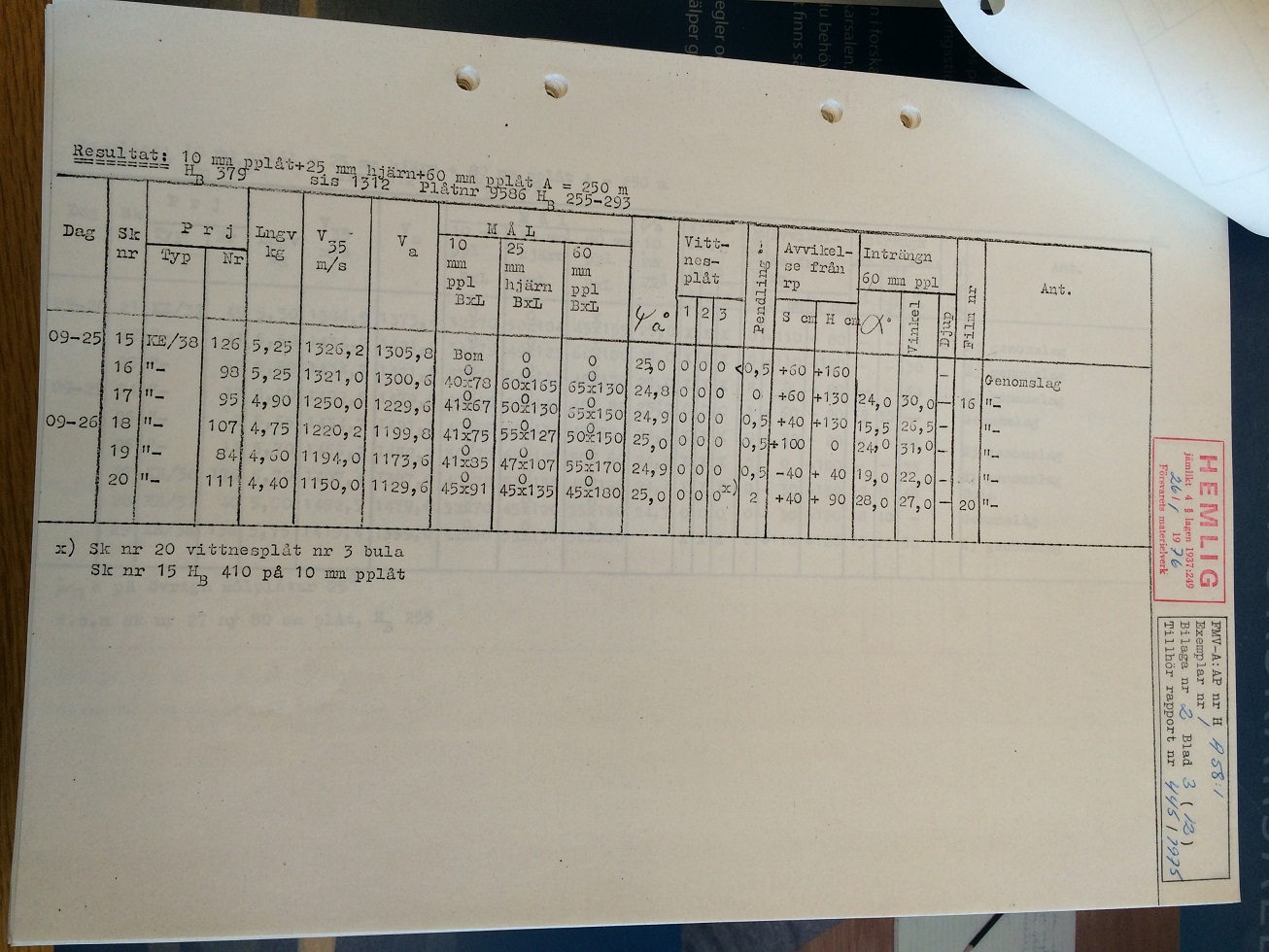 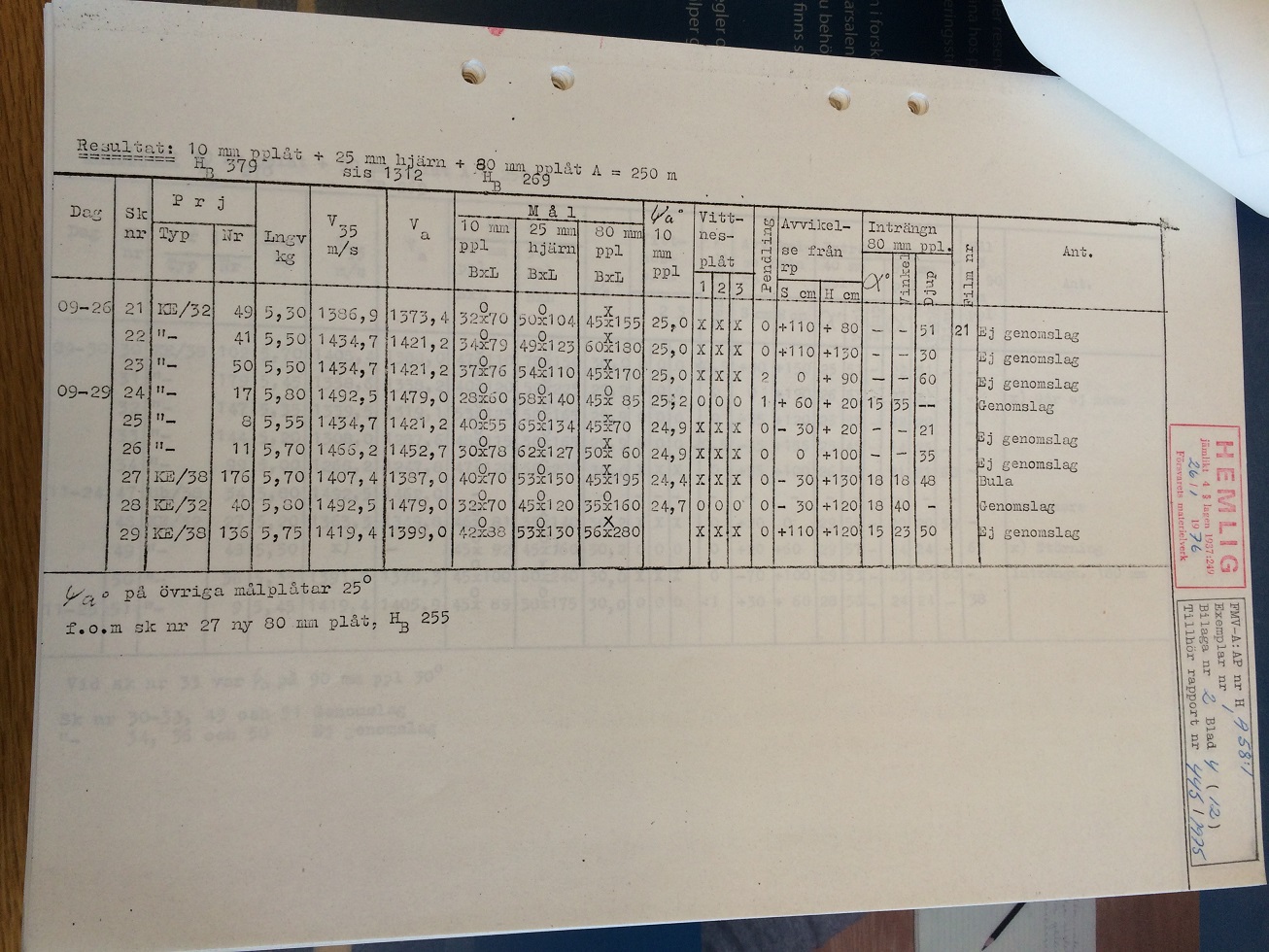 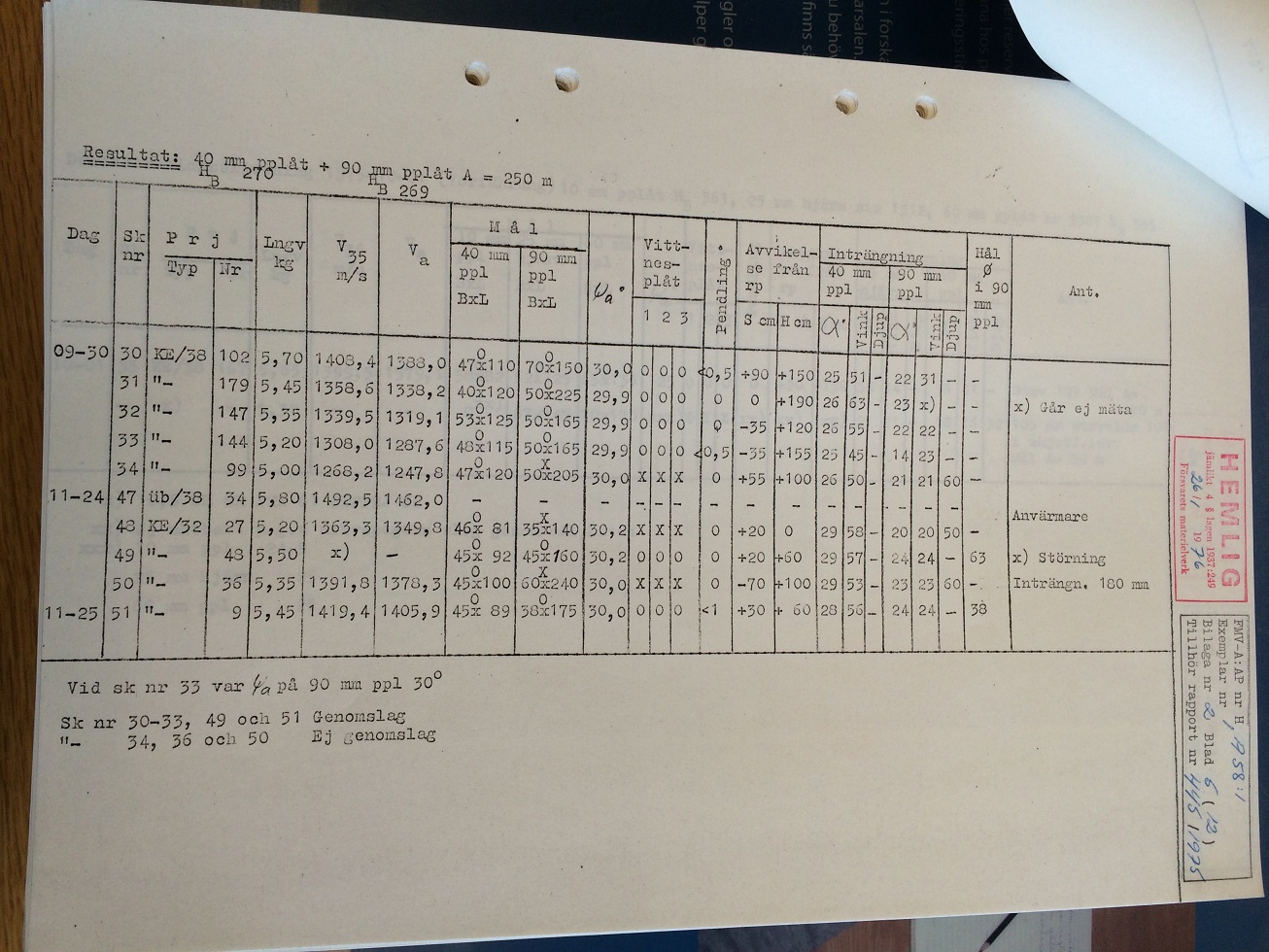 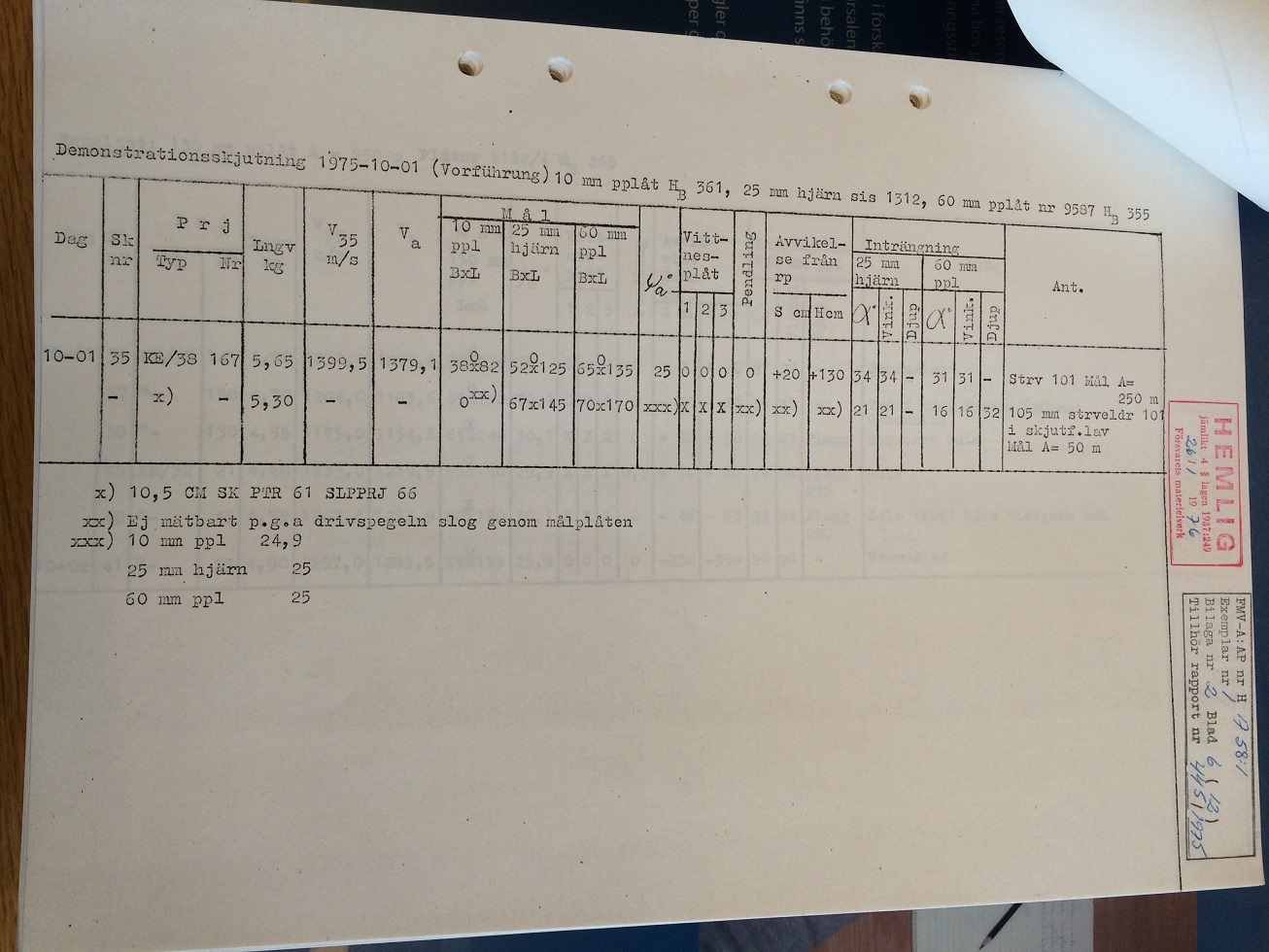 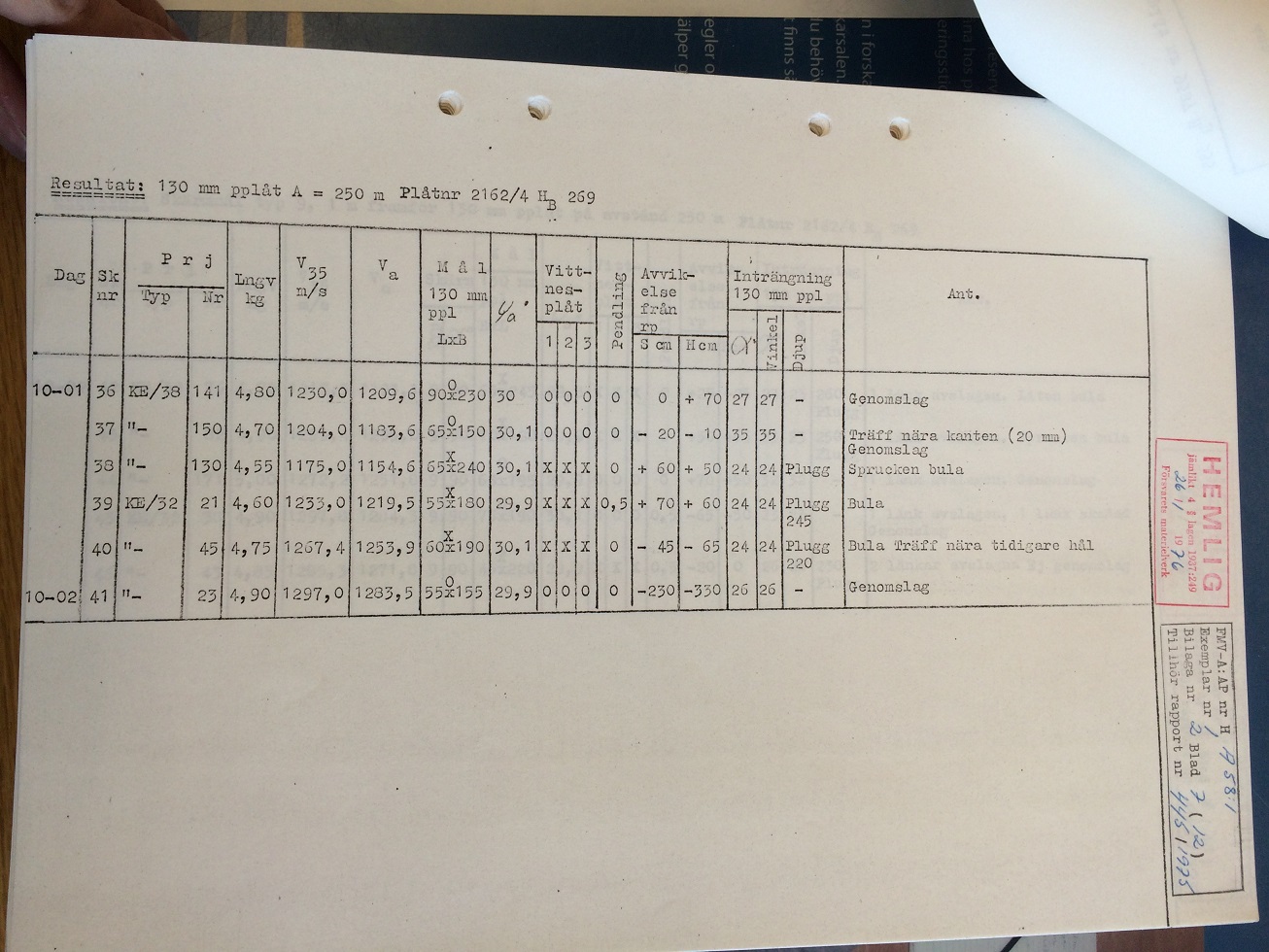 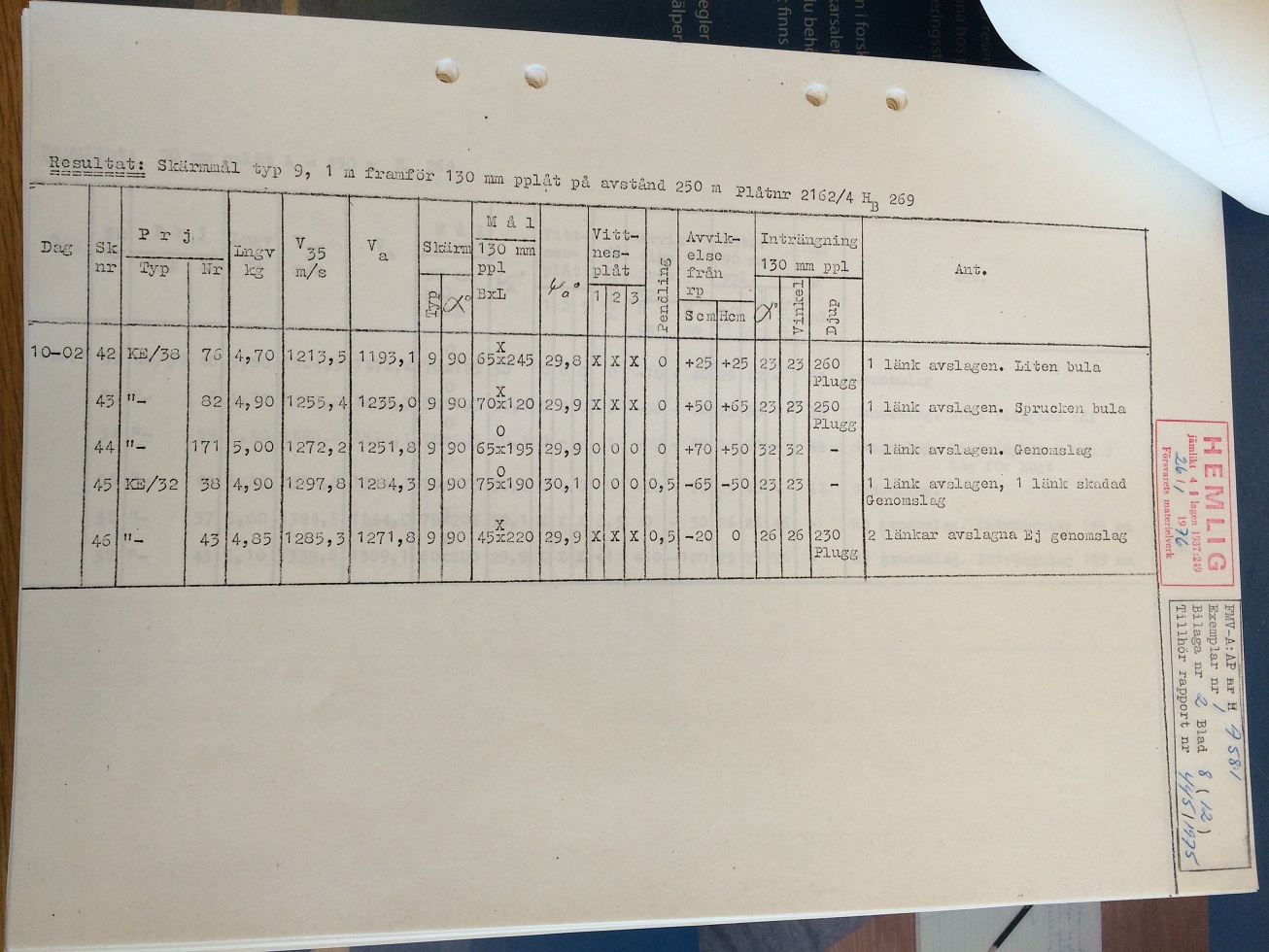 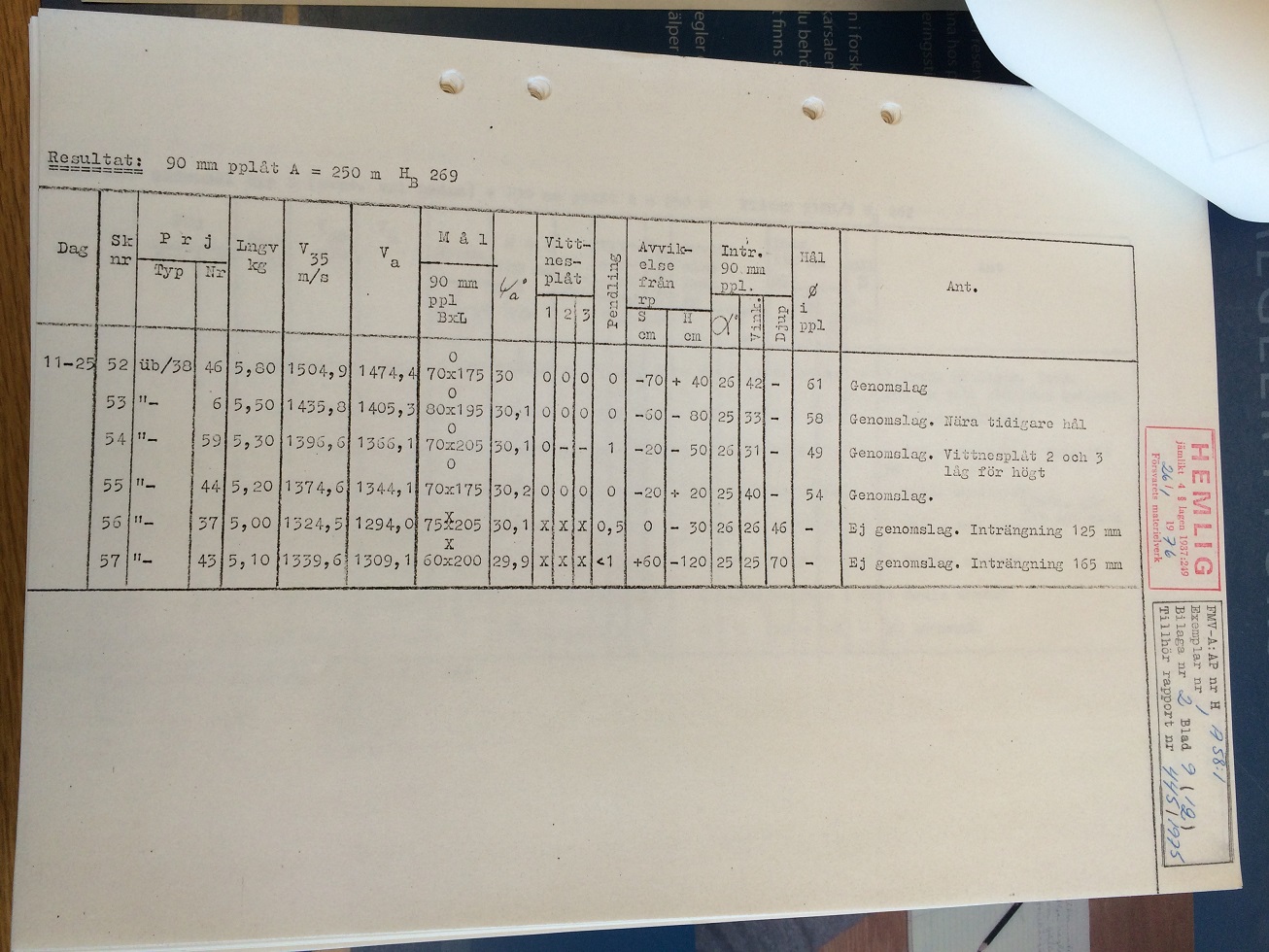 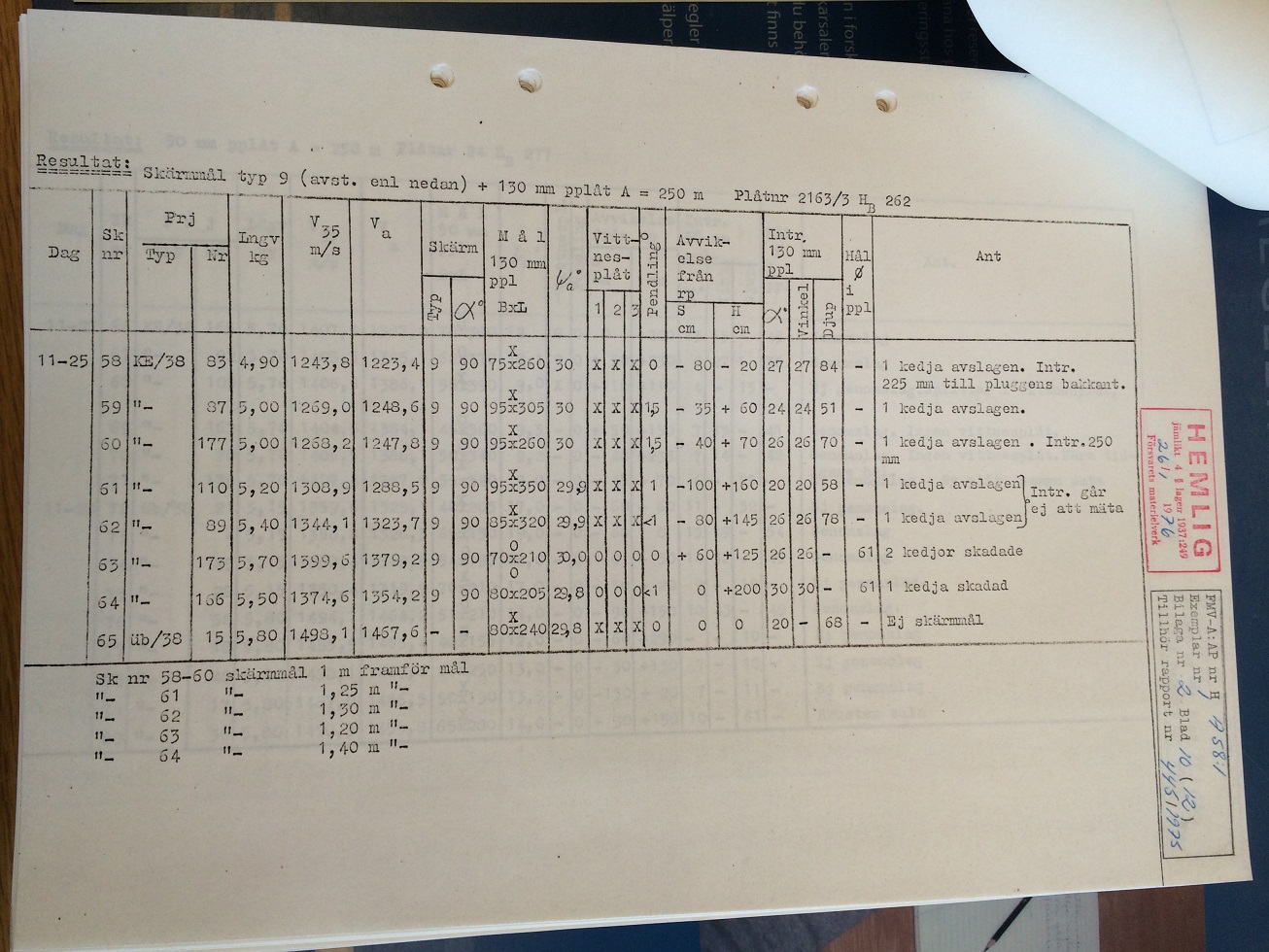 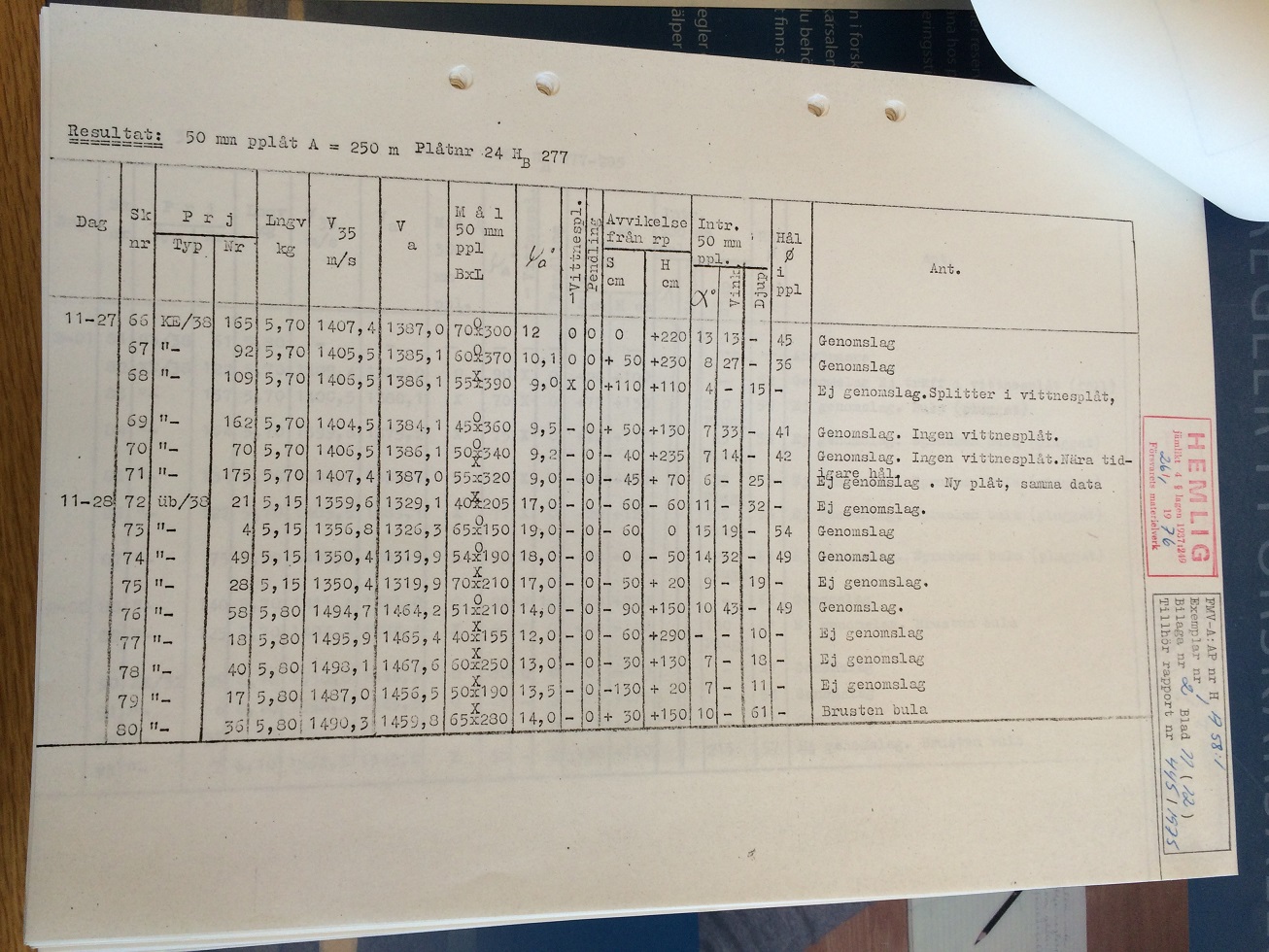 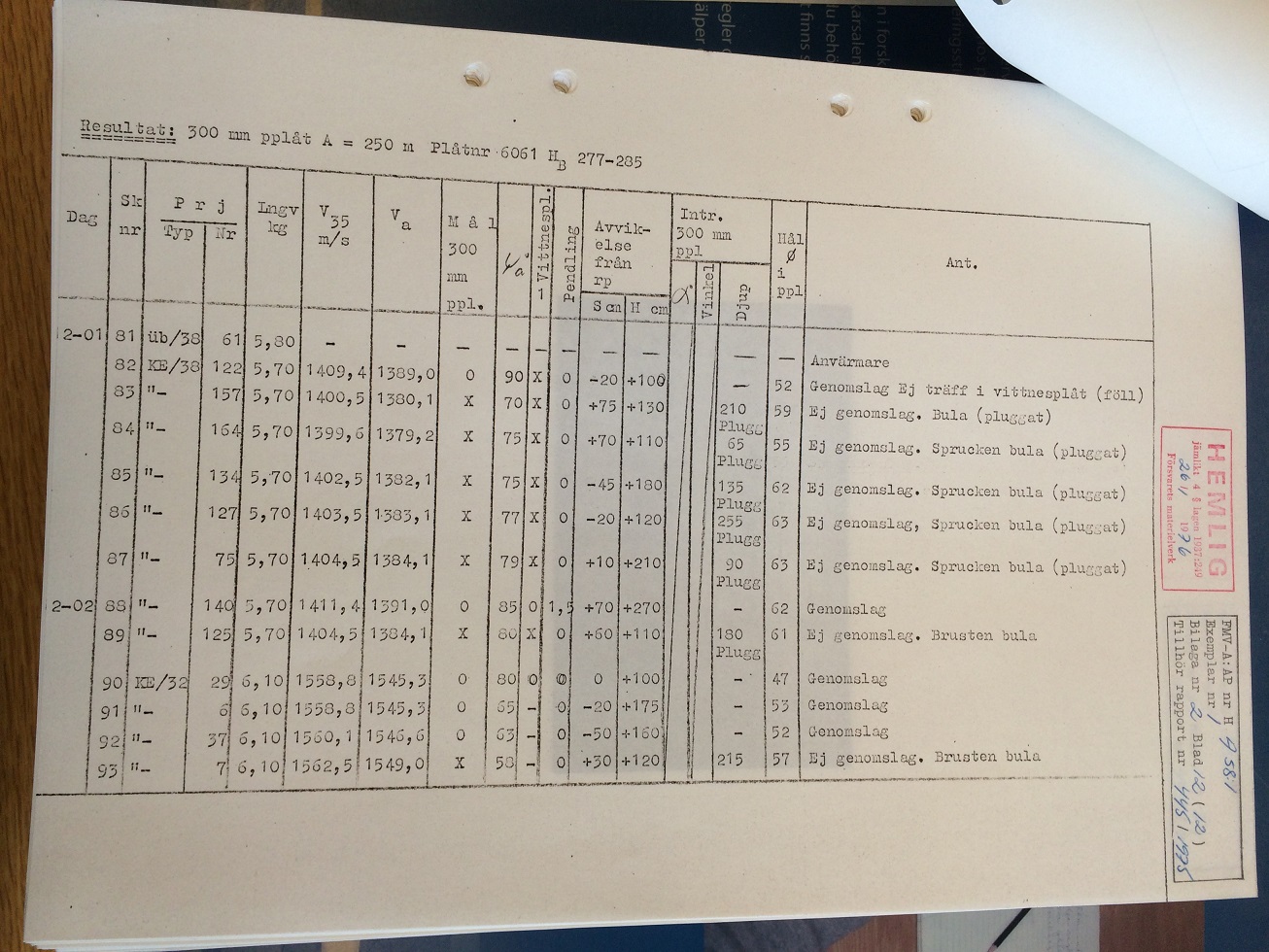 High speed photograph of the APFSDS round used in the tests.